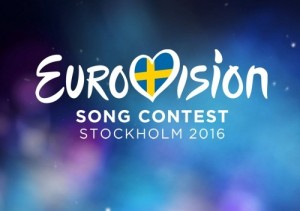 Huge crowds watched as artists from 42 participating countries walked the red carpet for the opening ceremony of Eurovision 2016, in Stockholm, yesterday.

Gay Star News was on the red carpet and talked to many of the fabulous performers as they arrived at the star-studded event.

Christer Bjorkman, the contest producer, and Petra Mede, one of the show’s hosts were among the first on the carpet.

Sweden last hosted the Eurovision Song Contest in 2013, when we at Gay Star News proclaimed it the ‘gayest Eurovision ever’. How will the 2016 contest compare – will it be just as good?

Christer told us: ‘If you perceived it as gay last time you probably will this time. It has a lot to do with Petra’s humor. She’s sort of an icon for us.’

UK artists Joe and Jake seemed very appreciate of Eurovision’s LGBTI audience. Joe told GSN: ‘We’ve had a lot of love from all of the gay community and all the gay fans, and we’d like to give that love back to them and just say thank you.’

Nicky Byrne from Westlife is representing Ireland this year. We asked him about Eurovision’s large LGBTI viewership. ‘It’s the same as every viewer. To me – gay, straight – it makes no difference. So, everybody is out to have fun, enjoy the show, and vote for Ireland.’

Serhat, the performer representing San Marino was a little more philosophical. ‘They ask me what is the color of life? Life is beautiful with all colors. That is my message.’

Though there are many flamboyant performances, the number of openly LGBTI contestants historically has been very low.

Douwe Bob, the artist representing the Netherlands, is a rare exception and is openly bisexual. ‘I think personally it shouldn’t matter if you are gay or not. If you are a fan of something you love, that’s a good thing. It’s a beautiful thing.’ When asked about being an out contestant, Douwe added: ‘I don’t consider myself out because I’ve never been in.’

Jamala from the Ukraine thinks it’s important that all artists can be authentic. ‘Be real, be yourself. No matter what they say we have important thing that god creates us and we are different and it’s a good thing that we can be different.’ Michal Szpak from Poland added: ‘Just be yourself’

While it is becoming easier to be openly LGBTI in many European countries, it’s still a challenge in others.

Ira Losco from Malta had words of support for LGBTI people in more difficult countries. ‘I hope that coming out isn’t too hard. For some people because that’s always the worst part. Just know that people will love you no matter what. Just keep strong and believe in yourself. People around you love you.’

Sandhja, representing Finland, see’s Eurovision as a unifying force. ‘It shouldn’t be about being gay or lesbian or straight. Music and love and healing all come together in a holy triangle. I believe that music brings people together.’

Our Eurovision coverage will continue throughout the week. If you have a favorite Eurovision song from this year, let us know.