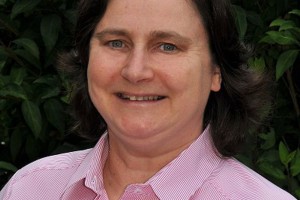 A headteacher has said she refused to be cowed by homophobic parents who slammed her primary school on social media for staging a “gay play”.

Carrie Morrow, head of Sacred Heart RC Primary in Atherton, near Wigan, was shocked when a gay-friendly workshop aimed at teaching children about diversity was blasted by parents on Facebook.

The comments, posted by a “small minority”, came after a theatre company performed a fairytale where two princes fall in love.

Writing on Facebook, one dad said he was annoyed when his son came home “talking about gays, saying he had learned about gays.”

Two men were reported to the police by another Facebook user, and have since been spoken to by officers in the area, Manchester Evening News reports.

The head of Sacred Heart says she is proud to be one of the first schools in the area to publicly stand up to homophobia.

Ms Morrow, who has worked at the school for 13 years, said: “We are very proud of what we have done.

“I know for some schools it is not an easy aspect of the curriculum to teach, but our pupils handled it with maturity and sensitivity.

“We have been quite bold and it has not been without some negativity from the community.

“We are not intimidated as we know such homophobic attitudes are in the minority.”

As well as the play, children learned about when it was appropriate to use the word gay, and were asked to design a logo for Wigan’s first Pride festival in August.

Yet Mr Marsh accused the school of ‘social engineering” on Facebook.

In a public post, he wrote: “I think people who promote PC sex to kids below 11 border on paedophilia and are depraved.

“It has nothing to do with gay sex that upset us but the lack of parental consent, a bit like finding the school had decided it has the right to vaccinate your kids for you and did it without your consent because it knows best.”

A GMP spokesman said: “Shortly after 10:25pm on Sunday 28 February 2016, police were called to reports that a number of homophobic comments had been made on Facebook.

“This was investigated as a hate incident but it was determined that the comments did not amount to a criminal offence.

“Local resolution officers spoke to all parties involved and advised two men of their future conduct on social media.”