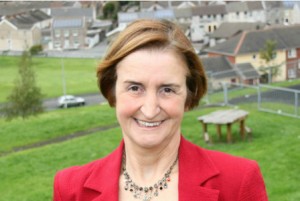 LLANELLI MP Nia Griffith has revealed she is a lesbian, after taking part in photo call of MPs and peers who are lesbian, gay, bisexual and transgender.

The photograph, which appeared in the Independent, includes 28 LGBT Parliamentarians, and shows Westminster’s attitude towards LGBT politicians is changing, with 35 Parliamentarians openly out.

Ms Griffith, who is also Shadow Secretary of State for Wales, hopes her joining in the historic photoshoot, organised by Rhondda MP Chris Bryant, will help other people take pride in their sexuality.

Having received a positive reaction to the news, she now hopes that her constituents will also respond positively.

“I had always said I would answer questions about my sexuality honestly and I felt that it would have been dishonest not to respond to the notification about the photo,” said Ms Griffith.

“I was aware obviously that it would be news for some people.”

Having lived her adult life in West Wales, she said people who knew her in the 1990s would be aware, and assumed the news would have travelled.

“I tend not to talk much about myself, and prefer to focus on what I do or can do in my community, and, as I do not currently have a partner, there was no particular reason to mention it,” she said.

“I feel that nowadays, it is no big deal for a politician to be out.

“But I would like to pay a huge tribute to those MPs who showed tremendous courage as the first to come out — people like Chris Smith, the first cabinet minister to be out, and Angela Eagle, the first openly lesbian MP.

“Of course politicians are not half as interesting or influential as sports personalities or other celebrities, but if we can make some contribution towards helping young people feel that they can talk about their sexuality, so much the better.”

Ms Griffith, who has been an MP since 2005, took to Twitter to thank people for their tweets, she said: “Thanks so much for all the kind tweets. Most of all I want young people to know that being LGBT is something to be proud of :)”