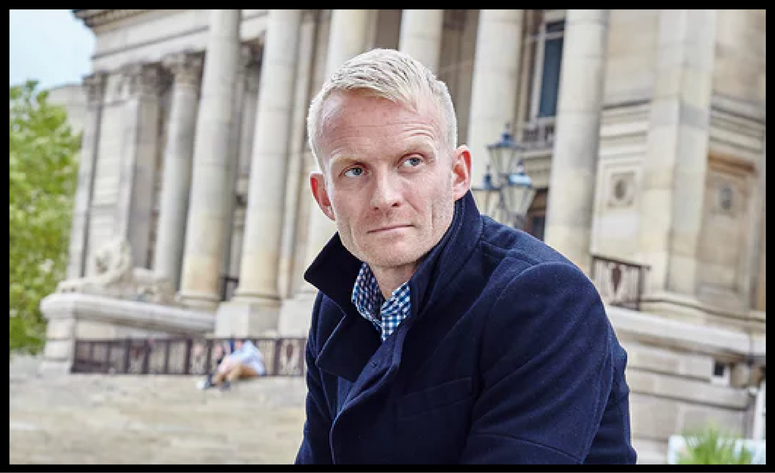 The Madonna of Bolton by Matt Cain was turned down by mainstream publishers more than 30 times, but has won keen backing from readers

A novel that was rejected more than 30 times by publishers for being “too gay” has been inundated with backing from names including David Walliams, Mark Gatiss and SJ Watson after its author turned to crowdfunding.

Matt Cain’s The Madonna of Bolton tells the story of Charlie Matthews, who falls in love with Madonna on his ninth birthday. The obsession “sees him through some tough times in life: being persecuted at school; fitting in at a posh university; a glamorous career in London; finding boyfriends; getting rid of boyfriends; growing up and family heartbreak”. Launched on the crowdfunding site Unbound this week, it has already racked up 60% of what it needs to be published, with backers also including One Day author David Nicholls and the bestselling writer Lisa Jewell.

Cain, the editor of Attitude magazine, said the support for his book – which is on course to be the fastest-funded novel on Unbound – showed there was a market for a commercial novel about a gay man, even though publishers rejected it as “too working class, too 80s, too immersed in pop culture, and too gay”.

The Guardian has seen the rejection letters, including some from major UK publishers. One called Cain’s book “a little niche”, while another said that “it’s just such a tricky area of the market that I’m not sure this story has a strong enough hook to really appeal to a mass-market readership”. One also said that “it was difficult to envisage who the reader might be”.

One publisher told Cain that while “the subject of growing up in the 80s and embracing your sexuality is brilliant”, it would perform better with “a more serious slant”. “This type of book,” he was advised, “really needs to fall into the literary fiction arena, think of Edmund White or Alan Hollighurst [sic]”.

“I have more than 30 rejection letters and emails. Most of them say the novel ‘isn’t commercial enough’ or ‘too niche’ and then an editor tells my agent off the record that gay doesn’t sell,” said Cain. “Nobody comes out on email as saying it’s too gay, it’s kind of dressed up – the thing about homophobia is it’s often covert. When my agent has phone conversations, they don’t say ‘We don’t like it’, they say ‘It just won’t sell’. I just don’t believe that that’s the case.”

Cain was clear that the book was not aimed solely at gay men – “It’s a family drama more than anything else”. But “even if you just take the gay people, do not erase us as a market,” he said. “Attitude sells more copies every issue than it takes for a book to become a bestseller.”

Cain said he was always hesitant to “play the [homophobia] card, but the truth is phobia means fear, not hatred, [and] I was just reading these rejection letters and thinking ‘there’s a real fear of this not selling, they’re assuming it’s only the very intelligent in society who read literary fiction who understand and accept gay people’. They don’t realise that it’s not the case … Just because there have been literary successes does not mean there can’t be a commercial success.”

Cain first started work on the novel 12 years ago, but when it was initially rejected, he went on to write two more novels, Shot Through the Heart (2014) and Nothing But Trouble (July 2015), which have straight protagonists. “I started Shot Through the Heart as a reaction to all these editors telling me gay doesn’t sell. I went away and got a book deal,” he said. “For the second book, my editor pushed me towards bonkbuster style, and I had lots of sex scenes with straight characters but only one minor sex scene with gay characters and I was told to take it out or I wouldn’t get stocked in Asda or Tesco. And I did, and they didn’t get me stocked in Asda or Tesco anyway.”

Cain said he had spoken with many gay writers who had encountered resistance from publishers when writing about gay life.

“It’s really deep-rooted and I want to uproot it. In some ways it’s completely humiliating for me to go out there and say I’ve had more than 30 editors reject that book. I’m sure there are plenty of people out there who’ll say he’s just a crap writer. But I really passionately believe in it,” he said. “Don’t tell me there’s no one out there who wants to read about gay lives.”

Cain’s editor at Unbound, Katy Guest, said that the crowdfunding for The Madonna of Bolton showed that publishers were wrong in thinking there was no audience for commercial fiction with a gay protagonist.

“Other publishers rejected this for being too niche – by which they mean too gay – but the support we’re getting already belies this. EM Forster said about Maurice that he knew no publisher would let him publish a gay love story with a happy ending,” she said. “Well, isn’t it a bit crap that publishers are still saying that Matt can’t write this funny, flirty, lighthearted novel because gay characters are only a subject for ‘serious’ fiction … They still have to end up miserable or dead or riddled with Aids. They can’t just have mates and dance to Madonna and fall in love and live happily ever after?”